What Matters Most At This Moment? 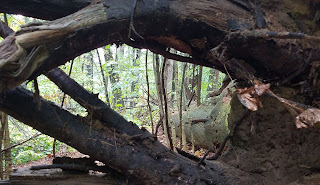 If we boil things down to their core, all human beings have the same common needs.

We need protection from the elements.

These are not debatable.  It's a natural FACT.

I believe the root of all unkind, unloving choices made on the planet is caused by deficiencies in these basic needs, and FEAR. I believe if every living being had these needs satisfied first, from birth, and uninterrupted, the human condition would stand a much better chance at not eating itself alive.

I am sure, you could add to the list of basic needs in great detail. That which is required for our bodies and brains to function correctly...sure, sure.  And of course, various species need these things to varying degrees.  Or consume nutrients in a variety of ways.

When Pluto moved into Capricorn in 2008-09, it began to personally touch my natal chart. At the time, we had a tiny flare-up, a precursor to how Pluto (which rules Scorpio) might behave in that sign, called H1N1.

I got sick. I was really sick!  I truly thought I was going to die.

Pluto has continued to drag it's transformational energy straight through the U.S. chart since that time. (and, mine).

Pluto is a slow moving planet.  It's tiny, and powerful.  It is very far from us.  Therefore, unless the planet Pluto is prominently featured in your natal chart, or there is lots of action around your personal planets (Sun, Moon, Mercury, Venus, even Jupiter) by close aspects, it doesn't cause anything in your life to happen quickly.  And, since it moves so slowly, most people around you who are your age are probably experiencing similar losses and changes in their lives.

Essentially, the best way to describe my own personal experience of Pluto raking itself through my 12th and 1st houses of my chart is....complete and total loss of identity or any bearing on my old way of thinking or being.

It didn't happen all at once.  Instead it has moved powerfully through my life creating HUGE shocking and permanent changes in my mental, physical, emotional and spiritual life.

The energy is letting up now that other planets move out of Capricorn and away from my personal planets.

I hear many astrologers out there asking:  what has Pluto done for you in your life?  Many of them see the incredible aspects Pluto is making and wonder, "Am I seeing this for real?  What does this look like personally for someone with these all lined up?"

Much of it has been about death, and what comes after that.  My ability to communicate with my loved ones no matter what, and coming into that shocking reality.  Also coming to recognize that I am one with everything, whether I like it or not.  My choices effect the collective.

Erasing an old version of myself as a parent who was never parented in a loving way, and going back to before I was even born. Finding that tiny seed of a soul who came here to hang out for a bit.  A remembering.  Reincarnation.

Powerful separations that felt like death, that changed the course of my life.

Powerful karmic connections that were based upon unconscious, deep-seated early childhood trauma and wounding on all angles and sides.

A complete and total falling out of my own reality as those around me did shocking things and behaved in shocking ways which were entirely the opposite of the truth, which caused me to lose a grip on reality at times, and at other times forced me to let go of old realities.

Isolation.  Lots of it.

The concept of power...being controlled, or controlling.  Letting go.

Empowering and being overpowered.  Hidden power and the occult.

Signs of initiation, such as animal encounters, and precognizance.

Chains of events that lead me to truly miraculous experiences that are taking a book to describe.  With proof.

My soul died thousands of times.

Great lessons to be learned when Pluto comes through.

And, yes.  If it touches your chart, it's PERSONAL.  REAL personal.

We see this reflected in the U.S. chart.  The old ways falling away.  But it's not all new until 22.

Now we are going to see rebellion. Jupiter, Saturn and Mercury have moved into Aquarius. People are speaking up for individual and collective freedom. Groups come together.

"These are our dreams and we have a right to have them, and we are coming TOGETHER AS A COLLECTIVE".

This is perfectly fine, but be careful, because there ARE rules and restrictions happening.

Saturn, the rule guy, is finally free of the restrictions that held him back while in the sign of Capricorn.  But...in the sign of Aquarius Saturn is not so much at home. Many of us are going to be wanting that freedom of expression, of higher thinking and collective wishes and dreams...it's just that...there needs to be some structure.

We may see some unexpected weather patterns or extreme weather, as technology has a great need for advancement to save the planet. There are new rules and laws that will be reforming (Pluto) how our planet functions (Saturn).  Telehealth (mercurty) services are a perfect example.

Soon enough the cash system goes away.  Will the US or the planet choose to use a universal money system?  It's entirely possible.  It's definitely a prediction I had back in 2017 and now it's happening with crypto.

Now we see people coming together as community, creating structures that work for them on local levels.  In keeping with climate change there is a true push to reduce the need for the use of fossil fuels, and many of us now SEE, with Uranus in Taurus, that Mother Earth is going to start responding in more physical ways unless we progress and make changes.

Even if we don't change a thing, our planet is changing.

Things are going to be magnified for the next month, at least, right off the bat starting right now.  Jupiter conjunct Saturn will magnify the impacts of law and order against or in the FACE OF rebellion.

It truly is amazing once you learn astrology, I hardly need to watch the news to give you these reports of what is coming or showing up.

So what does this mean for you?  Personally?

Staying strong within yourself means loving your inner child.  Literally taking care of yourself as if you are your own child.

Mars is out of Aries, and into Taurus.  So, while Mars was in Aries many were focused on our right to exist in the first place.  Our will to live. The beginning.  Self worth starts coming more to the fore in its' manifested form. in the second house of values, and earned income.

We make choices in our daily lives, with a focus on security. We are not victims, we are creators of our new reality, and the reality we individually experience is subjective yet the goals are common.

There's really not much magic to it.

Now as we begin to see the planets of Jupiter and Saturn together moving through the sign of Aquarius, things are going to get interesting.

I made predictions in 2017 that foretold the pandemic and the moment we are at right now, as I was exploring how Pluto was acting in the sign of Capricorn. I plan to publish those predictions in my forthcoming book which I'm sure will be released when the time is right.

Forget about money as you have understood it.  It's not making sense.  It's all changing.  I've known this since 2017, but it really is actually happening now.

Even if you are a capitalist or a money monger, the worst thing you can do is move too quickly.  Image:  those chinese finger toys that tighten around your fingers when you pull on them.  The more you move the tighter it gets.  I get an image of a rodent inside of a tunnel and each time he moves he gets more stuck.

And, don't go spending your money all on crypto.

FIVE planets are rambling on into the sign of Aquarius, the water bearer.  What is that looking like?  Pretty moody.

To me it looks like high tech is evolving with the times.  There are new laws and restrictions being put into place right now.  Aquarius vibe is for freedom, liberation, and universalism, discovery, community and love for all.  Loyalty somehow also facts in here at this time.

This is very good.

Hang on to your hats. 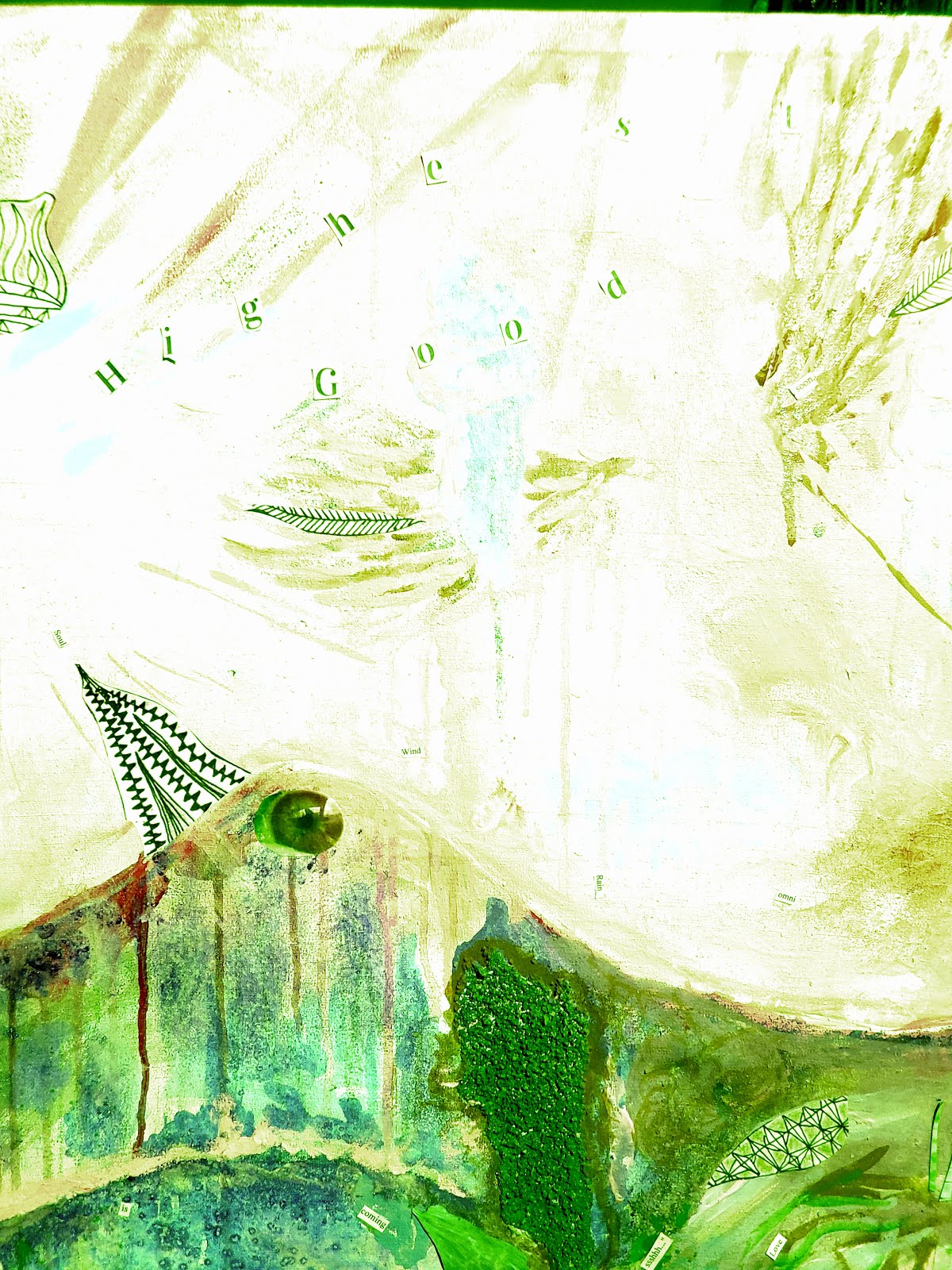